On the same day the saturday social headed to the Wizard Tea Rooms on Alderley Edge, and at Readsmere. There were twelve riders including guest Charlie Frodsham, who said he had often seen us at the Unicorn meeting point, and decided he’d join in. 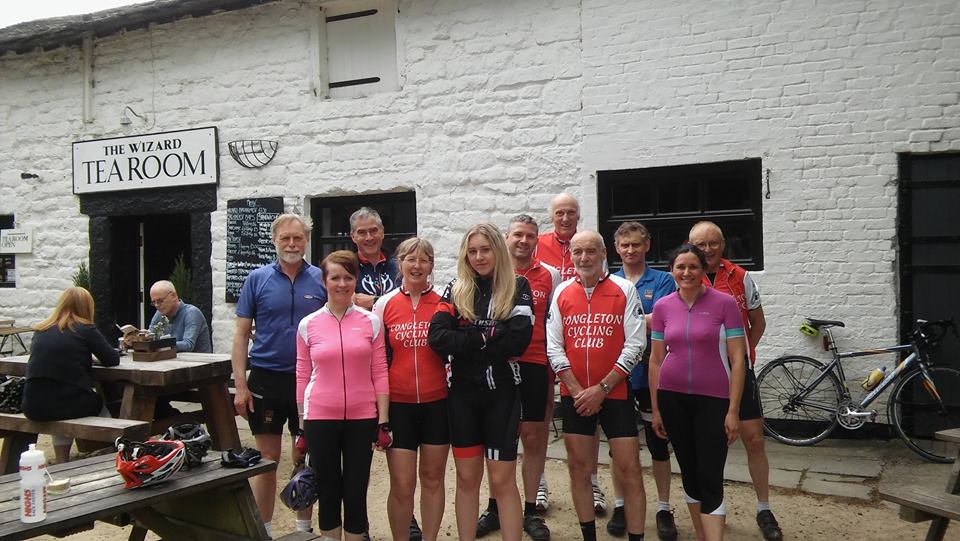 The Sunday club ride on the 12th June saw seven riders set off to Stoneyford Cottage Gardens near Northwich. It started raining by the time the riders got to Twemlow and despite optimistic remarks the rain got heavier and continued until Northwick.  The riders received a warm welcome from the Nursery,  asked if we could turn allowing them to close the doors and turn the heathers on to steam dry!. A good day out, despite the weather. 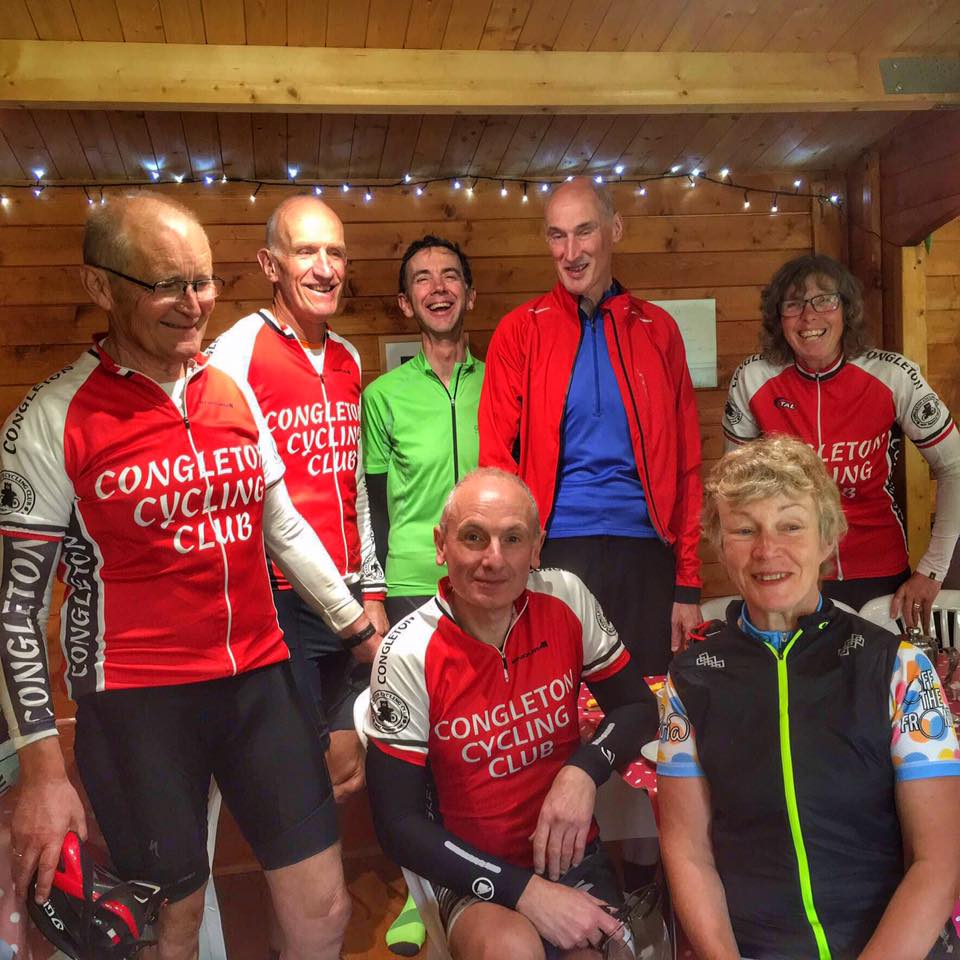 The superb news was announced on the 16th that club member Megan Giglia had been selected to ride in the Olympics at Rio which has been her goal for some time, very well done and all wish her well. 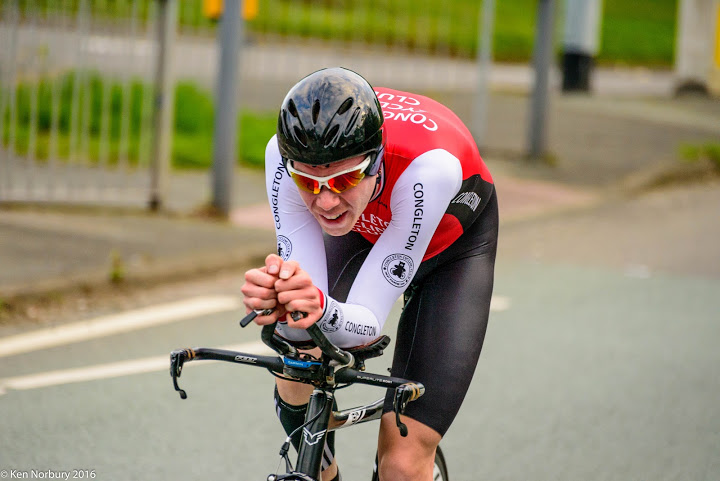 The last Club time trial was leg 2 of the Karl Austin memorial, inter club challenge with Macclesfield wheelers, the first leg was abandoned shortly after the start re road works, Congleton hosted leg 2 on the Chelford 25mile TT JC/24 course on Tuesday 28th.  The conditions for very wet with lots of spray, however congratulations were in order as Congleton were successful over Macclesfield based on the aggregate time of their best 6 riders, by 6 mins and 35 seconds. We fielded 7 riders vs their 4, but their times were made up to 6 riders by counting 2 of our 6th counter times. Individually Ben Norbury made light of the poor conditions to record a PB in 54:42, following on from a superb second place in the Manchester Wheelers Hilly TT on Sunday J8/25.  In 2nd place last night was Mike Stretch 58:02 and 3rd was Simon Holden (both Macc Whs) Our other counters were Stephen Sladin 1:02:18, Phillip Gleave 1:05:53, Sue Blake 1:12:05, Denise Hurst 1:13:55 and Lesley Norbury 1:16:01, Macclesfields were Paul Fenton 1:03:16 and Ben Rathbone 1:16:02. Phillip Gleave was riding maiden 25 and it was not without incident, e was stopped by traffic and had to dismount when his chain came off.